An audio interface is an essential part of DTM. It is an indispensable tool for producing songs, mixing, mastering, recording guitar and vocals, live streaming on video distribution sites, and many other things.

However, with so many audio interfaces available from various companies, it can be difficult to know which model or manufacturer to choose.

Please take a look at them for reference.

What is an audio interface?

An audio interface can amplify and input low output sounds such as guitars.

This allows the sound to be recorded louder.

This reduces the amount of noise and makes it possible to record in an easy-to-hear quality.

The 10 companies I am about to introduce are the ones that the author usually uses in his studio and other places, and the ones he often sees when recording.

First, I suggest that you decide on your own which company you like and research it carefully before purchasing.

Roland is a leading Japanese manufacturer of electronic musical instruments, founded in Osaka in 1972 and relocated its headquarters to Hamamatsu in 2005.

The V-Drums series of electronic drums are very well made and some models are used by professionals.

The QUAD-CAPTURE provides a high-quality sound recording environment in a compact body.

QUAD-CAPTURE is also equipped with a next-generation standard USB 2.0 audio interface with advanced features, such as “VSPREAMP,” a high sound quality design popular in OCTA-CAPTURE, “VSSTREAMING,” which realizes low latency, and “AUTO-SENSE,” which allows you to set the optimal input level in one action. VSSTREAMING” for low latency, and “AUTO-SENSE” for optimal input level settings with a single action.

Despite its compact body, it is equipped with input terminals for a wide variety of instruments.

The ground lift function is also included to demonstrate its power on the live stage, and it is housed in a rugged aluminum body that can be used safely even in harsh environments.

The USB bus-powered interface enables studio-class recording in any environment, including home, stage, and mobile environments, making it the next-generation standard for audio interfaces.

TASCAM has been supported for many years for its reliable sound quality and high durability, and has been introduced to broadcast and recording sites around the world.
With its experience and achievements, TASCAM has become a company that provides total solutions for professionals in the field of acoustics.

TASCAM started in 1971 as TEAC AUDIO SYSTEM COMPANY OF AMERICA, a sales company for TEAC’s professional audio equipment. The company’s technology is ahead of its time, including open-reel MTRs, cassette MTRs, DTRS standards, and digital mixers. Today, Tascam products are found all over the world, including systems that support recording and transmission for TV/radio broadcasters, recording systems for recording studios, audio equipment for concert halls, conference rooms, schools, commercial facilities, theaters, etc., and systems that support Internet broadcasting and music production for musicians. products are abundant all over the world.

This USB audio/MIDI interface is designed for producers who want to build a full-fledged DTM recording environment. It features four XLR microphone and TRS line inputs (IN1 2 can be switched for guitar or other instrument input) and MIDI input/output terminals.

Two headphone outputs are provided for use in multimedia production, such as monitoring vocals and guitar during simultaneous recording.

Like the US 2x2HR, it also has a MIDI input/output jack for synchronization with and control of various external devices with MIDI jacks, such as keyboards, drum machines, and controllers.

The Scarlett 4i4 3rd Gen is part of the Focusrite family of professional computer audio interfaces and includes high-quality Focusrite analog preamps.

You get a simple, compact solution for input and output routing of high-quality audio to your computer.

In developing this third generation series of Scarlett interfaces, we have made further improvements in both performance and functionality.

The overall audio specifications of this equipment have been upgraded to increase dynamic range, further reduce noise and distortion, and increase the input level of the microphone preamplifiers.

Another important enhancement is the inclusion of Focusrite’s AIR feature.

With AIR, the frequency response of the preamps can be individually selected and fine-tuned on Inputs 1 and 2 to model the sonic response of traditional transformer-based ISA mic preamps. Recording with a good-quality microphone improves transparency and clarity in the critical mid-high frequency range (mid-high frequencies), which is most needed for vocals and many acoustic devices.

The best-selling UR22 compact audio interface has evolved.

The UR22mkII features two D-PREs and 192 kHz compatibility with a condensed specification, and is now compatible with the iPad, further improving the sound quality.

With the UR22mkII audio and MIDI interface, Cubase AI, and Cubasis LE, a full-featured mobile recording studio is now a reality.

With its solid, portable body, class-leading sound quality, and practical features, the UR22mkII is perfectly suited for home recording and mobile music production.

The company is highly recommended for Mac users because of its compatibility with Macs.

Inputs and outputs via breakout cables

Compatible with macOS and Windows 10

Universal Audio was a designer and manufacturer of recording, mixing, and audio signal processing hardware for the professional recording studio, live sound, and broadcast fields. Universal Audio was responsible for many innovations in the recording and sound reinforcement industry, including modern mixing console layouts, per channel equalization (or EQ) and effects connectors (or transmit busses).

This audio interface allows you to record anywhere with studio sound quality. It has a good vintage appearance and the sound quality is clear and good. Especially, hardware sounds such as drums can be heard clearly.

In addition, since it comes bundled with plug-ins, you can start creating music right away, and by using the Comp 76, which is modeled after the 1176 Comp, you can record with high quality sound.

You can also connect an iPad, iPhone, etc., so you may expand your musical horizons.

Definitely above all in its class – you get full analog studio functionality right on your desktop.

The Apollo series is an audio interface & DSP effect that connects via Thunderbolt3 and can be used for both Mac and Windows.

The simple design is stylish in appearance.

Most operations can be completed using only the panel on the front panel.

The Thunderbolt3 connection allows bus-powered operation, so it can be operated without external cables such as a power supply.

Note, however, that Thunderbolt 1 and 2 connections are not supported.

On the rear panel, there are two INPUTs and two output channels.

By using this DSP function, the effects can be used without overloading the computer, and the processing can be distributed.

Many well-known effects are included, such as the 1176 Comp and Pultec EQ.

Behringer (German: Behringer) is a manufacturer of audio equipment, founded in 1989 in Willich, Germany, by Yuri Behringer.

In the beginning, the kitchen of Yuri Behringer’s home served as the workshop.

In June 2012, the company became part of Music Group GmbH, a holding company with the company at its core, and has formed business partnerships with Midas and other companies. The company motto is “double the performance, half the price.

Connect microphones, guitars, basses, keyboards, and anything else for quick productions.

The UMC202HD supports resolutions up to 192 kHz. High-resolution playback/recording up to 96 kHz, which is theoretically beyond the audible range, is possible.

The MC202HD is equipped with two Midas-designed microphone preamplifiers that have earned worldwide acclaim. This allows for pure recording of the vocalist’s singing voice. The mic preamps provide +48V phantom power, so condenser mics can also be used for full-scale recording.

Whether you are a singer/songwriter, a producer on the go, or just running backing tracks at a gig, the ultra-reliable U-PHORIA UMC202HD will let your talent shine.

The company’s main business is the development and sales of electronic devices for music. Under the basic philosophy of “We’re For Creators,” the company aims to enhance its brand power by providing tools that enable creators around the world to create more unique and original works, and to become a company that is valued by shareholders, employees, business partners, and other stakeholders related to our group.

Compatibility for use with PC/Mac/iPad** is another appealing feature of the “UAC-2.

It can be used not only with Windows/Mac computers with USB 3.0/USB 2.0 ports, but also as an audio/MIDI interface for the iPad in class-compliant mode.

Combined with music production apps such as GarageBand, the intuitive touch operation unique to the iPad allows high-quality sound recording as inspiration strikes.

The company is known as a manufacturer of consoles that are widely used in studios around the world.

SSL 2 and SSL 2+ are more than just audio interfaces, they are the heart of your studio, packed with Solid State Logic technology.

With over 40 years of experience building mixing consoles for recording studios around the world, Solid State Logic is designed for space-saving production environments.

An Italian company that manufactures and sells music production-related plug-ins and hardware. The company’s logo is a rotated “IK” that resembles the Chinese character for “heaven,” so it is sometimes referred to as “Heaven.

In the past, the company specialized in plug-in software for PCs, and its main products were the sampler “SampleTank” and mastering software “T-RACKS,” etc. However, with the release of “iRig,” a guitar interface for the iPhone/iPad in 2010, the company shifted its focus to music production software and hardware products for iOS devices. The iPhone/iPad is also a full-fledged music production software and hardware product for iOS devices.

The iPhone/iPad is now recognized as an environment that can be used for serious music production, and IK Muitimedia has had a tremendous impact on that.

Many audio interfaces have a feature called Hi-Z input (high-impedance input). By using this Hi-Z input, you can record your guitar without sound fading.

High-impedance means that low-impedance signals from guitars, basses, and other instruments can be input into the Hi-Z input to prevent deterioration of sound quality by creating a “low send, high receive” configuration.

It features 2 IN/5 OUT (including AMP OUT), a Z-TONE guitar input with 3 different topologies, 2 balanced + 2 unbalanced line outs, a reference headphone out, and 2 freely assignable controller inputs.

Because it is made specifically for guitar, it has a dynamic range of 117 dB and a frequency response that covers a wide range of frequencies from 3 Hz to 32 kHz, allowing for very clear, high-quality guitar recording.

GarageBand The Wonder of Sound!… 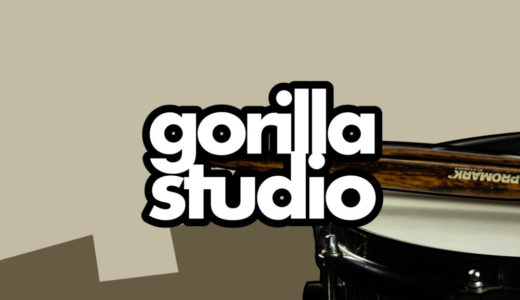 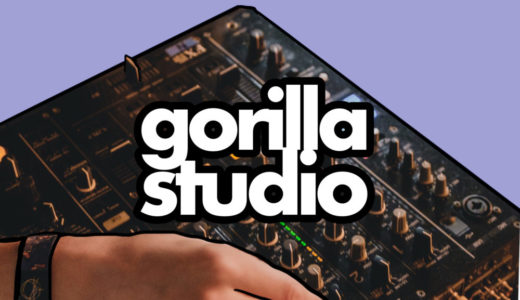 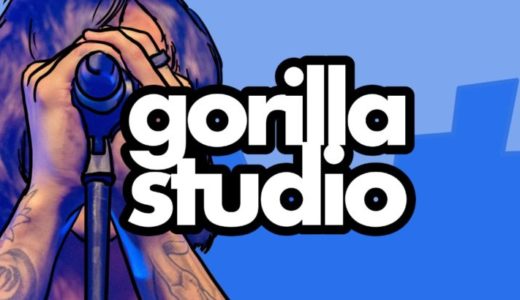 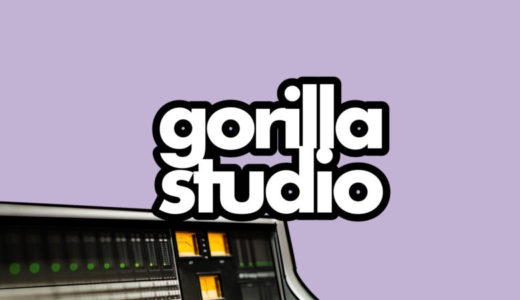 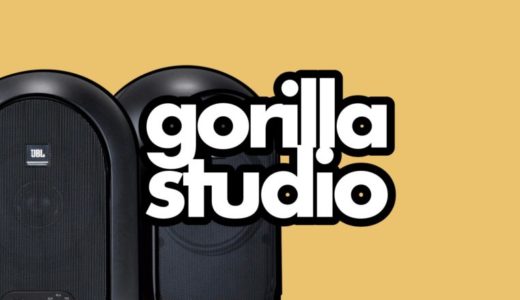 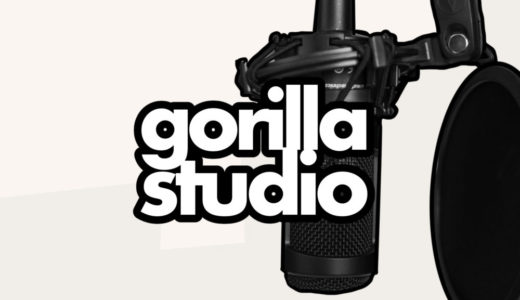 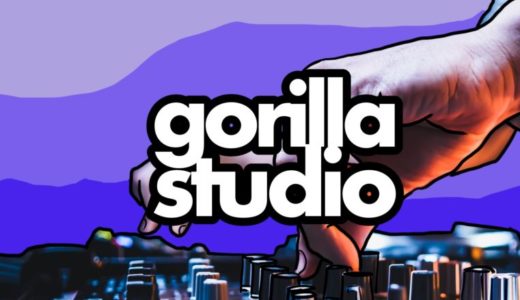 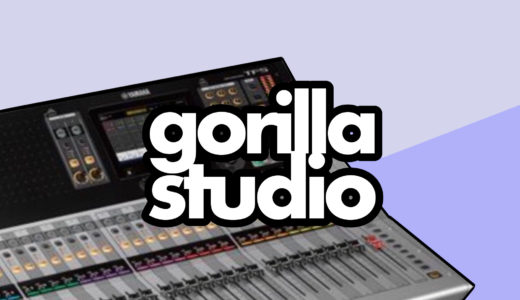 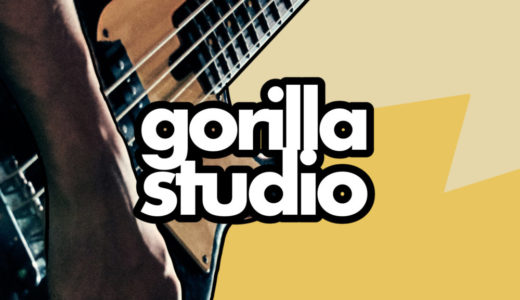 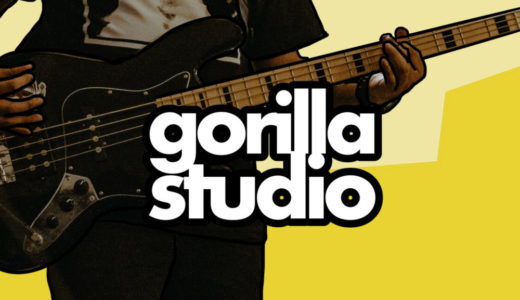 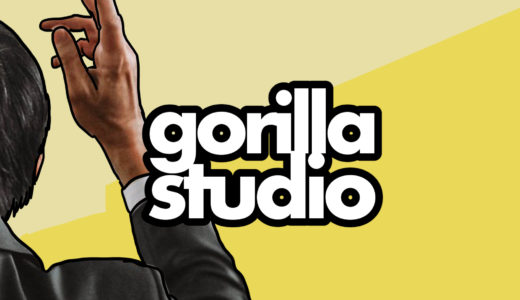 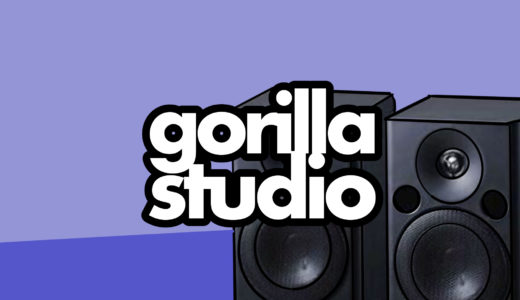 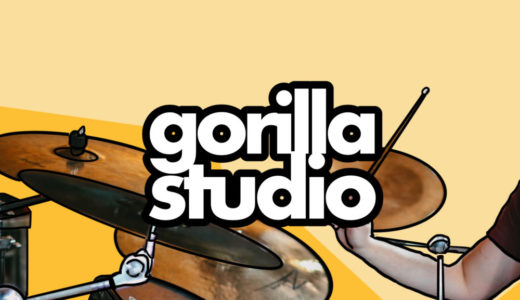 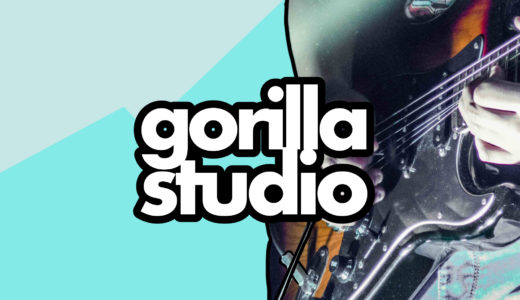 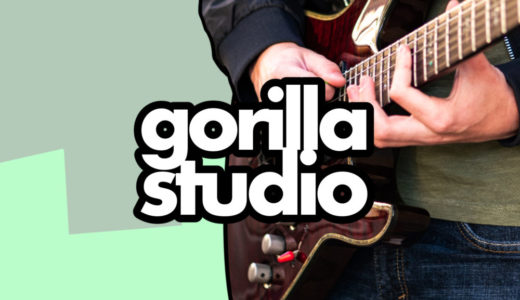